Hexagons have a couple of unbeatable skills when it comes to visualising point location data on a map. They subdivide the plane in a consistent way, friendly to the base map's shape and as such to the readers' eyes. They bin data almost as good as circles would, but - unlike circles - can subdivide the plane gap-free. 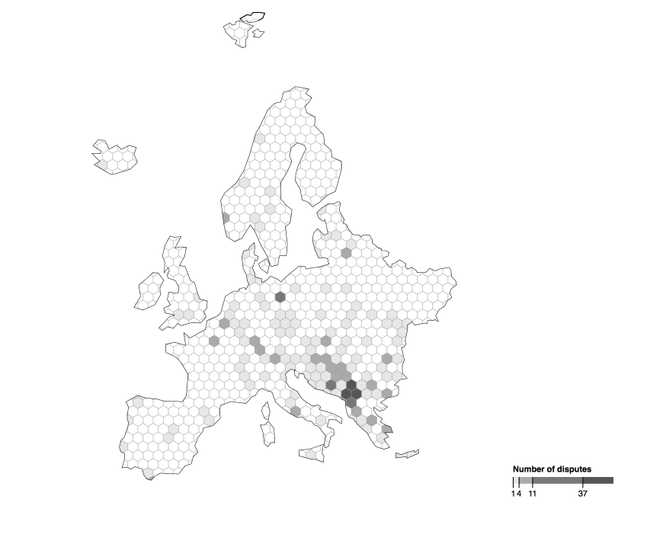 Why the hassle? Just show all the points? Sometimes great, it frequently produces generally busy areas of overlapping dots - ultimately not showing all the points. 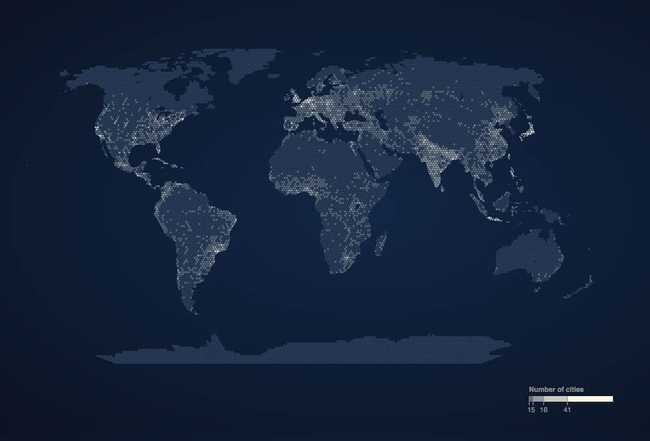 So hexagons. d3-hexgrid is a d3-plugin that generates a gridded hexagon layout for maps. It's a wrapper around the already sterling d3-hexbin which it complements in three ways:

There's a post on how d3-hexgrid works internally over here, and you can get the source from GitHub or NPM.